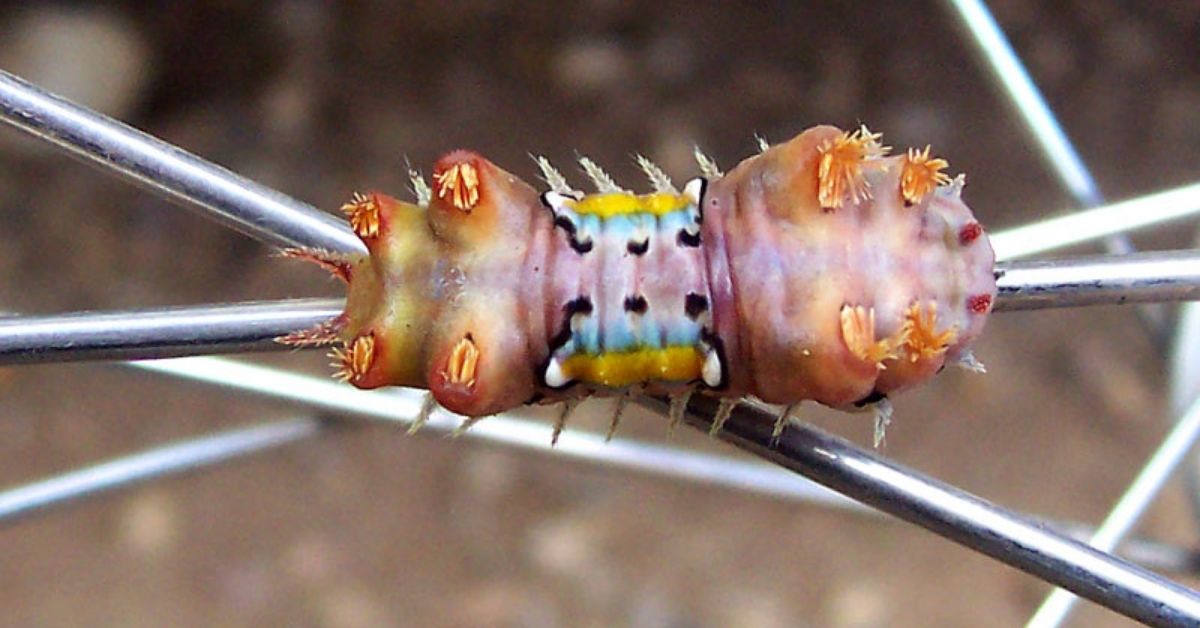 Doratifera vulnerans is a caterpillar found in Toohey Forest that has venomous spines that produce a sharp and burning pain to anything it stings. Researchers at the University of Queensland have been studying its potential for biotechnology in the fields of medicine and pest control.

According to Dr Andrew Walker of UQ’s Institute for Molecular Bioscience, scientists previously had no clues as to what was in the venom. Now, they were able to unlock a source showing peptides with “151 different protein-based toxins from 59 different families.”

The researchers were able to synthesize 13 of these protein-based toxins to learn their blueprint and sequences.

“This will enable us to make the toxins and test them in diverse ways,” Dr Walker said.  “Our research unlocks a novel source of bioactive peptides that may have some use in medicine, through an ability to influence biological processes and promote good health.”

In its initial studies, Dr Walker’s team learned that the venom’s potency could be high enough to kill bacteria from nematode parasites that attack livestock or cause diseases in animals.

But the researchers still need to learn what each of the toxins does so the experts could determine how they might be used.

​​The study has been published in the Proceedings of the National Academy of Sciences in the U.S.

The Doratifera vulnerans is a binomial name that means “bearer of gifts of wounds.” Also known as the Eucalypt cup moth, this native Brisbane caterpillar has a hard, smooth oval or pear-shaped cocoon (cup) resembling a eucalypt “gumnut.”

According to the Toohey Forest Environmental Educational Center, these caterpillars are among the few venomous caterpillars. They love to eat Eucalyptus leaves but they are easy prey for birds, wasps, flies, and midges.