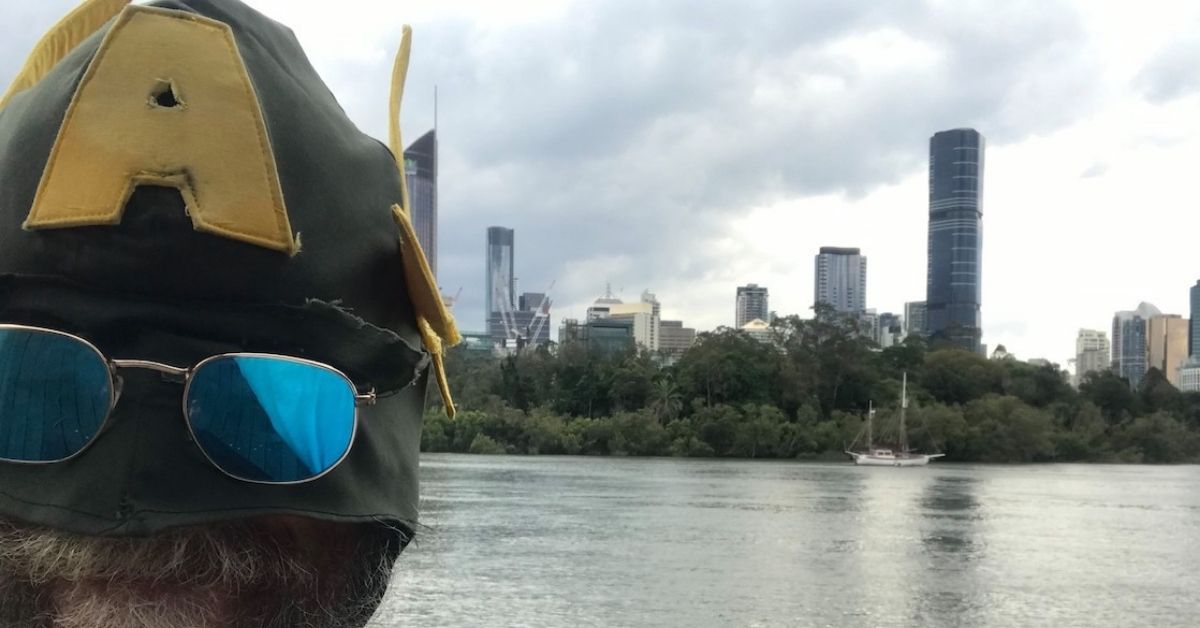 While everyone else was on the lookout for Santa Claus on Christmas day, some Tarragindi locals were able to spot a different bearded man. Captain Australia, a local legend, is on a mission to complete The Big Walk from Brisbane to Sydney and to Melbourne.

Helga Lückhoff of Tarragindi saw Captain Australia strolling in the neighbourhood in his easily-recognised costume. He was also carrying his fundraiser flag for The Big Walk, which aims to raise money for The Kids Cancer Project.

Captain Australia is dad, Simon Harvey, in his non-superhero life. He decided to embark on this challenging journey, which kicked off on 26 December 2021, after his experiences with the enemy — cancer.

In 2016, doctors told Simon that he had six months to live.

“I have three young children. My youngest son was three years old when I was diagnosed. I had to deal with the idea of ‘abandoning’ them,” he said in one interview with The Project. Simon said that more than anything in his life, being a father was his most important job and to think about leaving them broke his heart.

“I fought as hard as I could but cancer is a tricky enemy.” More than four years since his diagnosis, Simon beat the enemy but he said he is still “dealing with side effects and the threat of recurrence for the rest of your life.”

During his battle with cancer and the frequent trips to the hospital for his therapies, Simon also witnessed young kids with cancer struggling with the disease.

“No child should have to endure that,” the dad said.

Thus, he decided to mount The Big Walk for The Kids Cancer Project, an organisation devoted to improving cancer treatments for children.

“I will walk from Brisbane to Melbourne over 10 weeks, sleeping rough, no help, planes, trains, or automobiles.”

So, far he has raised $37,797 but his goal is to reach $250,000. To donate to his cause and to follow Captain America’s journey, visit the official site or follow his live stream on Facebook.

“I’m going to Forrest Gump my way through your town, and if you wanted to say G’day, part of the Quest of it… the Pilgrimage of it .. is about coming alive, meeting people, getting out into the natural world and wandering down a garden path. I’ll be doing daily live streams to share in the adventure,” the Captain shared on Reddit.

“I’d also love the chance to earn your support. Answer your questions. Show you the purity of what I’m trying to do.”

DONATE TO THE BIG WALK

Captain Australia was “borne” more than a decade ago as a vigilante who believed that doing kindness will change the world. He gave up his alter ego in 2012 when his second son became ill as his medical needs were the priority over his weekly street escapades.