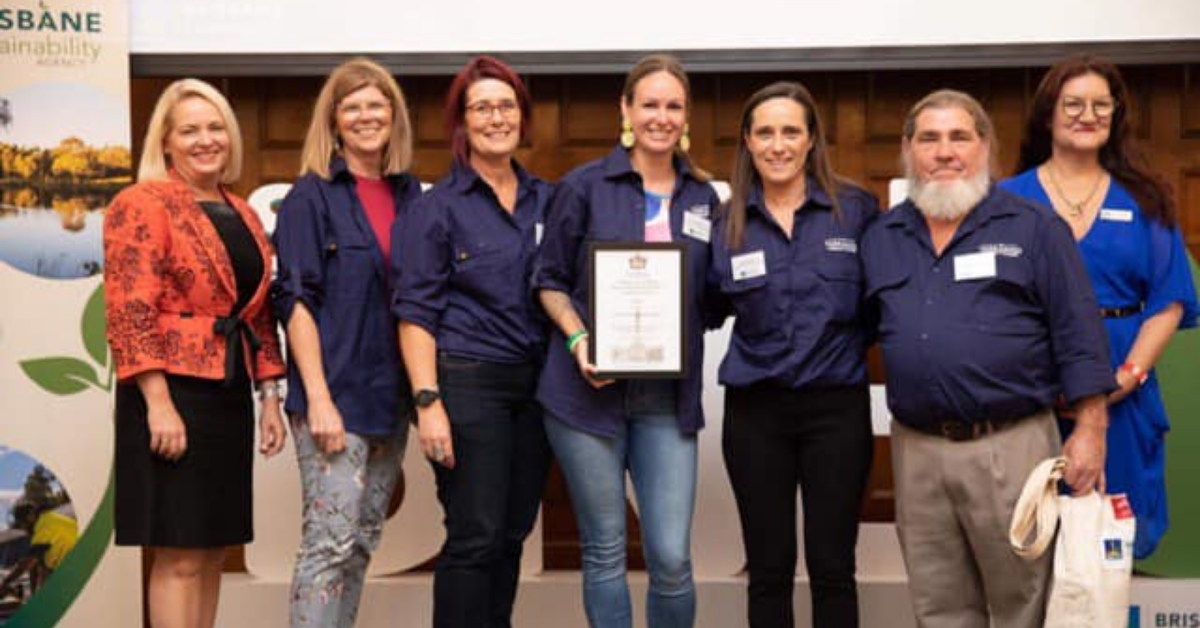 The 2021 WasteSMART Awards is a collaboration between Brisbane Sustainability Agency and Brisbane City Council with a prize pool of more than $4,000.

During the ceremony held at City Hall on 18 November 2021, eleven awards were handed out to recognise individuals and groups who have contributed to the preservation of the city’s natural environment.

University of Queensland Brisbane’s WasteSMART Champion Renae McBrien was recognised for her role in mitigating waste from Brisbane landfills. Ms McBrien established the Tarragindi Community Garden Group in 2019 and has since devoted more than 850 hours doing volunteer work.

Through her small waste diversion and resource recovery projects, the city has mitigated about 9 tonnes of domestic and commercial organic waste since January 2020. As part of her advocacy, Ms McBrien also educated over 1,200 hospital staff about responsible waste management and clinical recycling methods.

The other WasteSMART category winners are:

The finalists were judged by a panel of experts, except for the People’s Choice Awards which was determined through public voting.The other two finalists for the WasteSMART Champions Award were Holly & Charlie Garrity (Highly Recommended) and Pamela Gibson. On the other hand, Care Kits for Kids Qld Inc was WasteSMART Community Award Highly Recommended awardee. Other WasteSMART Community Award finalists were Save Our Supplies, eWaste Connection Limited, and Moreton Island Protection Committee.