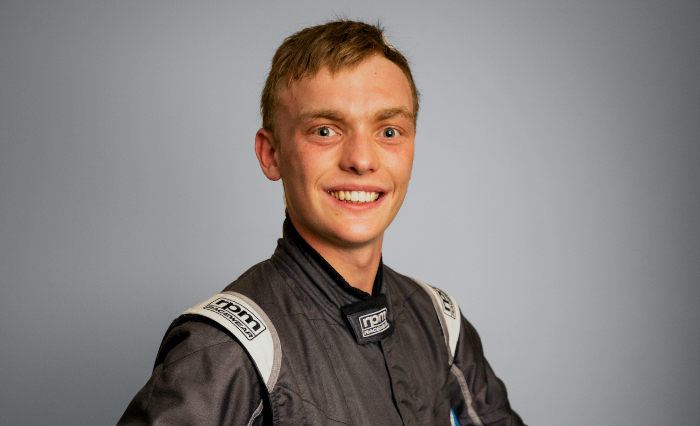 Sixteen-year-old Hayden Hume, born and raised in Tarragindi, is set to make his debut in the second round of the TOYOTA GAZOO Racing Australia (TGRA) 86 Series’ grassroots support category for the 2021 Supercars Championship in Winton at the end of July.

Hayden, a Year 11 student from St Laurence’s College in South Brisbane, is excited to take the next step in his motor racing career after three years of kart racing experience, winning two Junior Club Championships in 2019.

The grassroots support category for the 2021 Supercars Championship will pit three teenage motor racing drivers against one another, lining them up on the grid for the first time ever for some exciting wheel to wheel action. This year’s entrants for the category include Hayden, Kai Allen, and Connor Roberts.

According to Hayden, he first got into kart racing in 2016 at a small local club called Auskart where he learned the basics before moving on to Ipswich Kart Club after he was ready to compete at a higher level in both two and four stroke karting. In 2019, he then took part in, and won, two Junior Club Championships.

“I would consider the 2020 season in karts, racing in Ka3 junior, competing in the state championships and finishing third in the club championship at Ipswich as my greatest accomplishment so far,” says Hayden, who now intends to focus all his efforts on improving and accumulating the experience and skills necessary to become an even better motorsports driver.

He only made the switch to motor racing after his father took him to Norwell Motorplex for some coaching in race cars with professional drivers, and, in his words, he “…was hooked.” Hayden and his father then purchased a Toyota 86 in 2020 to compete in the TGRA 86 Series in 2021 in order to prepare himself for his transition into circuit racing in motorsport.

The TGRA 86 Series was envisioned to be the perfect developmental environment for aspiring motorsport drivers. Competitors all drive identical Toyota 86 automobiles that have been modified for high-performance racing, and these modifications are provided via an affordable package that can have them on the track for $50,000 — and that’s including the price of the original car.

“In a grassroots series like this, it is vital for drivers to receive support, as some competing in the series will become future professional racers. I would like to see all young racers in motorsport, to have the opportunity to be supported by professional drivers, in order to improve their skills like the Toyota 86 series does,” Hayden explains.

“Coming into the first race, I have received support from Toyota 86 driver and mentor, Steve Owen, which has greatly improved my skills that are needed to race these cars. If all young drivers could receive this advice, it would assist in the development of skills needed for the racetrack.”

“An area where I feel more attention should be put into, is the media presence of the series, as the talent of the up and coming young drivers is high, there are potentially drivers in this series who will become professionals in the future,” he adds.

Though the tournament was initially scheduled to take place at the end of May 2021, rising COVID-19 cases in Victoria led to the race’s postponement, with the state announcing 12 new cases and a raft of exposure sites. The new proposed event dates have been marked as the 31st of July to the 1st of August 2021.

Catch Hayden’s motor racing debut at the Winton Motor Raceway in Winton, Victoria. For more information and future updates, visit the TGRA 86 Series’ page on the Toyota website here. Follow their social media pages on Facebook and Instagram for the latest updates concerning cars, dates, racers, and other special announcements concerning the event.